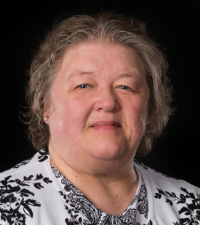 The Nebraska Repertory Theatre (nebraskarep.org) of the University of Nebraska-Lincoln’s Johnny Carson School of Theatre and Film is celebrating the retirement of General Manager Julie Hagemeier after an illustrious 25+ years of service and, in light of her departure, the hiring of Tim Ganser as Managing Marketing Director. The Managing Marketing Director responsibilities include promotion, publicity, community relations, management of the administrative offices of the Johnny Carson School of Theatre and Film, and more. A Carson School alumna who has served as General Manager or Managing Director since 1995, Julie officially retired on January 4, though she remains on as a part-time consultant until spring to transition tasks to Ganser.

“People like Julie and others have built a solid foundation from which to grow,” said Carson School Director Christina Kirk. 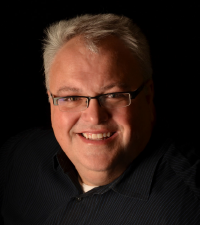 An alumnus with a Bachelor of Arts in Broadcast Journalism and Theatre from the University of Nebraska-Lincoln, Ganser has served as an equity stage manager, worked as both a theatre and television director-producer and, most recently, managed NET’s “Coming Home: Nebraska” project. He also served as vice president international for Nielsen EDI in Los Angeles, has worked as a casting manager at Warner Bros Television, and has held multiple leadership positions in the entertainment industry. His expertise includes sales and marketing strategy, budgeting and financial reporting, negotiations and partnerships, and new-market development.

The Nebraska Repertory Theatre is the state’s only professional regional theatre. For more information, visit nebraskarep.org, call (402) 472-2072, or email Tim at tganser2@unl.edu.