this column hidden with "temporal-displacement"

this column hidden with "temporal-displacement" 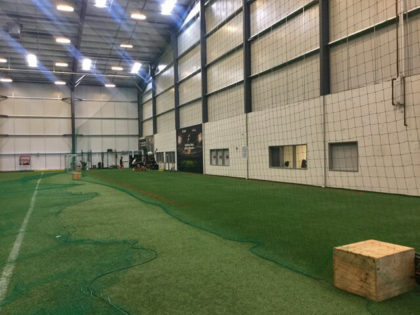 Husker Rehab is excited to announce the opening of a new location to serve patients in Lincoln. The newest location is at 345 Speedway Circle Suite #3 and will be headed up by Kelli Reilly, MS, PT, ATC. The new clinic at Speedway opened on April 6th.

“Husker Rehab has long been active in the sports and performance community, however with this new facility, and the space and technology that comes with it, we can take our services to a whole new level. We will be able to help athletes from all across Lincoln either with their rehab or to optimize their performance both on and off the field,” states Michael Zalman, co-owner of Husker Rehab.

In addition to a comprehensive physical therapy practice with specialties in athletic rehabilitation, biomechanics, and sports nutrition, this location also features the DARI predictive motion analytics system. The DARI system’s world-leading motion analysis gives athletes and weekend warriors useable data on weaknesses and imbalances allowing them to work with physical therapy and prevent injuries before they occur.

Kelli Reilly graduated with distinction from the University Nebraska Medical Center in 2000. A native of Shickley, Nebraska, Kelli attended the University of Nebraska Kearney where she obtained a degree in Fitness and Leisure Management: Athletic Training. Kelli continued her academic studies at Indiana University in Bloomington, Indiana where she obtained a Masters Degree in Kinesiology and her national Certification in Athletic Training. She taught undergraduate classes while at Indiana University and published research in Kinesiology.

Kelli returned to Nebraska to continue her professional education at the University Nebraska Medical Center where she and only two other students, were chosen to represent their institution’s physical therapy student body at the National APTA conference.

Kelli began her physical therapy career at New West Rehabilitation and Sports Medicine where she worked for 9 years both as a clinical PT/ATC as well as a Clinical Instructor to UNK Athletic Training students.

Relocating to Lincoln in 2009, Kelli has been employed as a contract physical therapist for four Lincoln outpatient orthopedic clinics on a PRN basis, including Husker Rehab. 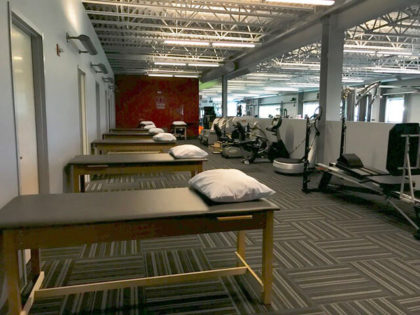 Husker Rehab is also excited to announce their new location in Nebraska City in the old Pendleton store right on the square at 115 S 8th Street. That clinic opened on June 1st with all new state of the art equipment and services and will be headed up by Ashley Daily, DPT, ATC.

“…we are excited to expand our unique treatment approach and have a positive impact on not only another area in Lincoln, but also another community in southeast Nebraska.”

For more information or to schedule an appointment visit their website at www.HuskerRehab.com.

LOCK IN YOUR EXPERT STATUS

Let Strictly Business help you present yourself as the expert in your industry!

This morning our team met with Kris from @leadersh

Happy Cyber Monday!!🛍️💻 Whether you are d

Today we are saying goodbye and best of luck to ou

Each month, SB features 6 people in the #lnk busin

We recently said goodbye to our intern, Grace Kane

© Strictly Business Magazine, Lincoln Nebraska’s Business News Source. All rights reserved.
By using this web site you agree to our Terms and Conditions of Use. | Privacy Policy | Copyright Notice