You are at:Home»Top 12 Reasons to Advertise in Magazines 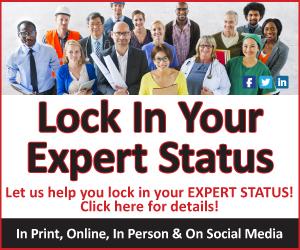 Advertise With
Strictly Business9 Ways To Get Featured
As An Expert7 Simple Steps To Creating
Ads That Kill!!!31 Simple & Powerful Press Release Topics You Can UseTop 12 Reasons to
Advertise in MagazinesThe 16 Secrets of
Guerrilla MarketingTop 10 Reasons You Must
Continue to AdvertiseGet Started!
Contact Us Now

Top 12 Reasons to Advertise in Magazines

1. Magazine and magazine ads garner the most attention:

According to a study from Jack Myers Research, when consumers were asked to rate media based on how likely they are to pay attention to the advertising messages, magazines ranked at or near the top of the list. BIGresearch studies show that when consumers read magazines they are much less likely to engage with other media or to take part in non-media activities compared to the users of TV, radio or the internet.

Consumers value magazine advertising, according to numerous studies. Yankelovich and Dynamic Logic both report that the consumers are more likely to have a positive attitude toward advertising in magazines compared to other media. In addition, consumers are more likely to turn to magazines to search for information across a variety of categories compared to the internet, based on research from MediaVest.

Consumers trust and believe magazines and magazine advertising more than other media, based on Simmons Multi-Media Engagement Study that shows magazines score higher on being trustworthy compared to TV or the internet. Other independent research confirms that consumers place significant trust in magazine advertising.

5. Magazine advertising is relevant and targeted:

Consumers consider magazine advertising more relevant than advertising in other media. With a range of title that appeal to a wide variety of demographics, lifestyles and interests, advertisers can hone in on targets that fit their needs.

6. Magazines are a leading influence on word- of- mouth:

Magazine readers are more likely than users of other media to influence friends and family on products across a variety of categories, according to MRI. In addition, magazines are also most likely to complement the web in reaching social networkers, whom marketers increasingly favor in generating buzz.

Several studies demonstrate that magazines are generally the strongest driver of purchased intent. Perhaps this is because more than half of all readers act on magazine ads, according to Affinity Research.

Three different measures of ROI from 58 client-commissioned studies prove that magazines lead in cost efficiency. Magazines more consistently generate the lowest cost per impact (Marketing Evolution, 2008). For cost per person, the most efficient combination of media always included magazines (Dynamic Logic, 2009). For people impacted per dollar spent, magazines are the most efficient medium in four out of five stages of the purchase funnel (Dynamic Logic, 2009).

BIGresearch proves that magazines lead other media in influencing consumers to start a search for merchandise online, ranking at or near the top by gender as well as by age. In addition, studies from Marketing Evolution, Jupiter Research and the OPA show that ads in magazines or on magazine websites boost web traffic, spur online purchase and offline behavior including store visits and buzz.

Magazines generally contribute more than other media when looking at consumers purchase decision-making process. As a result, magazines boost the effectiveness of other media at all stages of the funnel.

11. Magazine audiences accumulate faster than you think- and with lasting impact:

To find out how you can benefit from advertisements and content marketing in print AND online, simply fill out & submit the form or call 402-466-3330.

Our Clients Love Us,
But you don’t have to take our word for it…