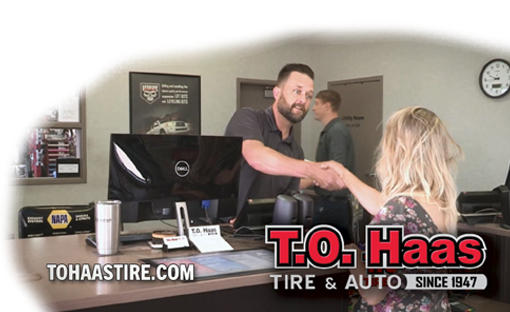 With a used Studebaker pickup and $1500 worth of tires purchased on credit, T.O. Haas  opened his first store in Lincoln, Nebraska in 1947. From those humble beginnings the company has grown to a chain of 25 stores in 3 states.

The story began in 1933 when T.O. was offered a job working at his brother’s retread plant in Weslaco, Texas. Having no money for a fare, T.O. hopped a freight train from Baldwin, Kansas to Topeka where he bought a 1919 Model T from his uncle on credit. Upon arrival in Weslaco, T.O. worked in the retread plant and he sold the product in the lower valley of the Rio Grande for 8 years.

In 1941, T.O. enlisted in the Air Force and that is where he started his mechanical training in the area of air craft maintenance. He was assigned to the Lincoln Aeronautical Institute here in Lincoln, Nebraska where they built planes used in WWII and it was here where he met Terry Kopek at a dance for soldiers hosted by the YMCA. The couple married in 1943. 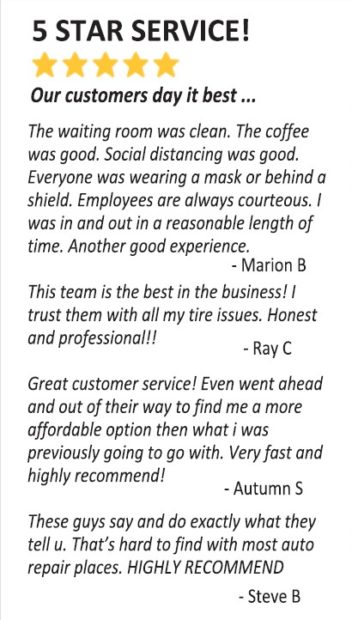 When the war ended, T.O. and Terry opened their first store, and by 1950 T.O. was appointed District Manager for the O.K. Rubber Welders. The position called for distribution of materials to other franchises, thereby launching Haas into the wholesale business.

T.O. Haas Tire has stacked up an impressive collection of awards in the 73-year history of the company. Some of the most notable awards include: Better Business Bureau Integrity Award and OSHA’S Safety Award Recognition Program.